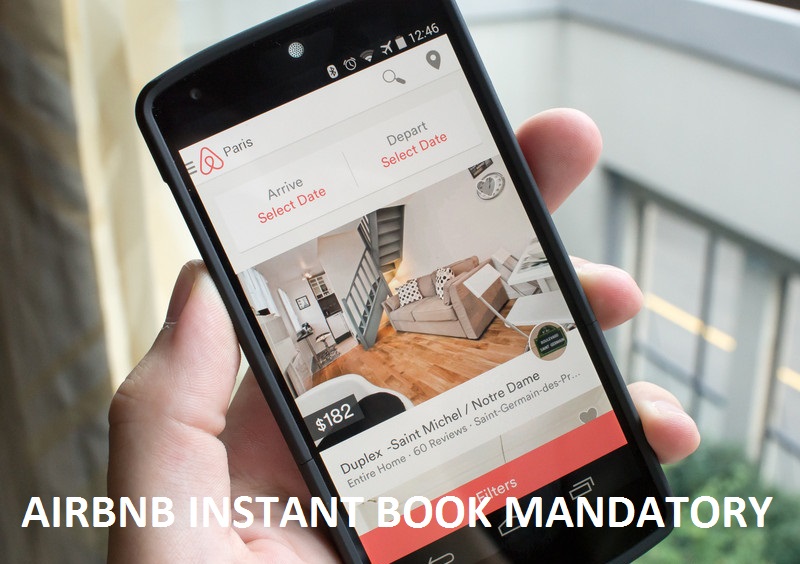 Airbnb hosts have been blowing up on Reddit, Twitter and Airbnb Community over the introduction of a policy in which some new hosts are being forced to use Airbnb instant book.

Concerned hosts from all over the world have reported the issue, with many cancelling their listings after not being able to turn it off. Countless established hosts have also said they would leave the platform for alternatives if it became mandatory for all.

Read on to find out if this could affect you, and why you should care!

What is Airbnb instant book?

Normally, you are able to vet guests before confirming a reservation and only accept those which meet your individual requirements. The greater assurance and security this offers has attracted many property owners who previously may not have been comfortable renting. This has undeniably been one of the greatest drivers behind the rapid growth of Airbnb. You also have the option to use Airbnb instant book which does not require guests to make contact before booking. As a result of recent Airbnb updates, you can now tweak instant book settings to suit your individual preferences. For example, only allowing guests who a) other hosts recommend, and b) agree to the house rules. However, these options have not been given to some new hosts. 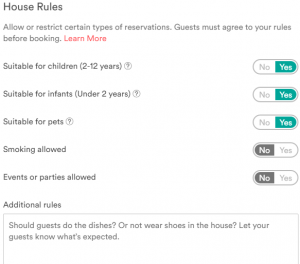 Instant book increases bookings and search rankings, so what’s all the fuss about?

Instant book undoubtedly leads to greater listing interest and more bookings via impulse buying. Airbnb say some hosts get as many as 2 times more bookings! Additionally, Airbnb state that it positively affects your listings placement in search results.

On the other hand, instant book also reduces calendar flexibility and can lower the profitability of a listing. For example, a host might set their minimum stay as 5 nights, but would be willing to accept a 3/4 night stay if there was a gap in their calendar. To accept this reservation they would have to reduce their minimum stay. However, if they were using instant book unwanted shorter trips could be booked. This could lead to cancellations which negatively affect search rankings.

Furthermore, lots of hosts still like to chat with guests before accepting reservations even if they have positive reviews. This is because they might have undesirable plans that at first were not clear, or your listing might not be suitable. For example, an 18 year old might have booked several trips on behalf of their family and received positive reviews. However, they might now be booking for 15 friends with the intention of having a party. This would be undesirable for many hosts.

There are many more pros and cons of using instant book which I have not covered. The point being that its a great feature, but it doesn’t suit everyone. There is no one size fits all approach with a rental platform that lists more than 2 million properties worldwide.

What’s behind the move?

Airbnb have been heavily criticised in the media recently over widespread racial discrimination on the platform. Several users have filed law suits over the issue, whilst the social media campaign #AirbnbWhileBlack has gone viral.


A study released by three researchers at Harvard Business School earlier this year supported these claims. They found that guests with African-American names are around 16% less likely to be to be accepted when compared with identical guests with distinctly White names. This has led some to speculate that the new policy serves to try and eliminate discrimination from the platform. Airbnb themselves even suggest instant book as a tool which could be used to bypass discrimination.

However, there are far better solutions than forcing hosts to use instant book. For example, Airbnb could create an algorithm to assess whether certain hosts frequently reject certain races or ethnicities. The hosts could then receive a warning or be penalised. Airbnb hint that they have already begun researching into this:

Our data science teams will closely examine machine learning models and other tech tools we can use to help enforce our anti-discrimination policy.

So why are hosts still being forced to use instant book?

The Harvard study also found that hosts who reject African-American guests only find replacements 35% of the time. Combined with countless law suits, a lack of suitable policy to address the racial discrimination issue is becoming very costly for Airbnb.

Additionally, instant book also prevents hosts using multiple platforms to maximise their bookings. Many use services such as HomeAway and VBRO in tandem with Airbnb, but double bookings would be inevitable if instant book became mandatory. This would lead to hosts only letting through Airbnb, or shifting to other platforms.

What have Airbnb said?

Several hosts have contacted Airbnb and received the following communications:

When you sign up for Airbnb and activate your listing, guests will be able to book your space without needing to request approval. This feature can’t be turned off, but you have the option to require all guests to meet additional requirements before they’re able to instantly book your space. This gives you more control over who can stay in your listing.

However, we spoke to a new host from San Juan, Porto Rico who informed us that he had to endure over a month of Airbnb instant book without having the option to refine the settings. He had to accept all reservations, even if they only had an email verification! One month and 9 reviews later and he finally has the option to toggle the feature on/off.

We then contacted Airbnb ourselves who told us:

For all current hosts that do not have the option to disable Instant Book this will remain like this. For all new accounts, Instant Book will be enabled as a default setting however hosts will be able to turn if off.

Which left us wondering, does anyone at Airbnb know what on earth is going on with instant book?

What do we suggest?

Airbnb instant book is a great feature with a lot of benefits to the right host, but its not right for everyone. Here we have compiled several solutions which hosts from around the world have had success with.

1) Create/delete an account. This is a trial programme and Airbnb instant book is not mandatory for all new hosts. One host in Prague, Czech Republic and another in San Pedro La Laguna, Guatemala reported that creating/deleting an account eventually leads to the creation of a normal listing with the option to toggle instant book on/off.

Since this is a new policy, you can still exploit the bugs. A host from Washington, USA found they were able to toggle the feature by clicking the lightening bolt icon in the phone app. Others also had success with this method.

3) House rules. If the above two don’t work for you we suggest including the following in your house rules: All guests must contact us before making a booking. We reserve the right to cancel, without penalty, if guests fail to comply with our house rules.

In the meantime, we urge everyone to leave feedback on Airbnb!

This entry has 2 replies